And the award goes to…

The newspaper WELT calls it Germany’s most highly coveted business award, and even the nomination is considered a distinction and an entrance ticket to the network of the best: the “Großer Preis des Mittelstandes,” awarded by the Oskar Patzelt Foundation. It is a flagship for the prestigious ‘Made in Germany’ brand and is Germany’s only business award that looks not solely at figures and monetary assets, but also at the company as a whole and in its complex role in society.

Only one of a thousand companies makes it on to the list of nominees, and the fact that Heiss MSP is among those selected makes us proud. However, it gets even better, because out of 4,674 nominated companies, 667 have now reached the next level – and we are one of them!

The entire Heiss MSP team is delighted about this recognition and appreciation of their daily work, especially in light of the company’s repositioning, just a few years ago. 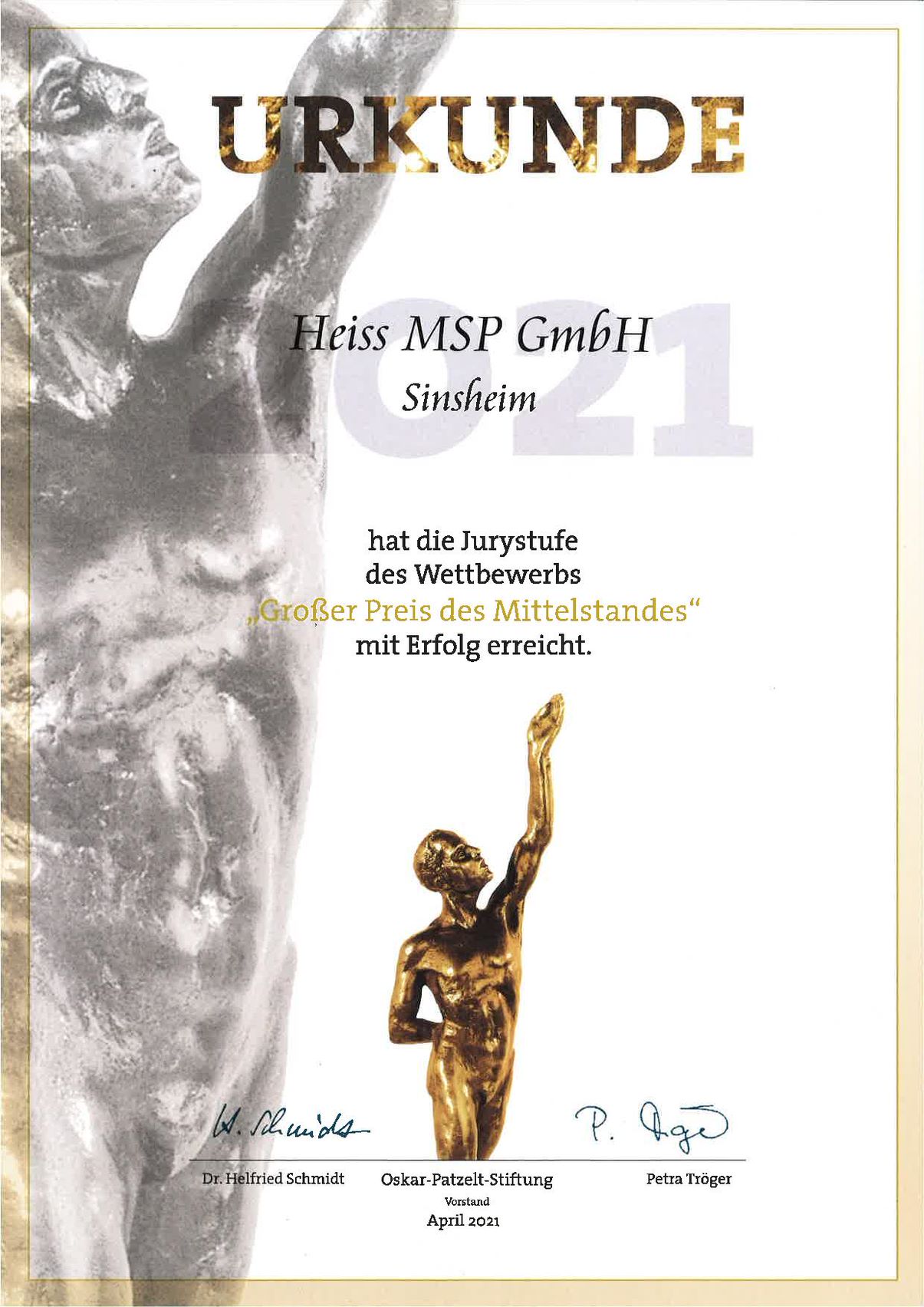